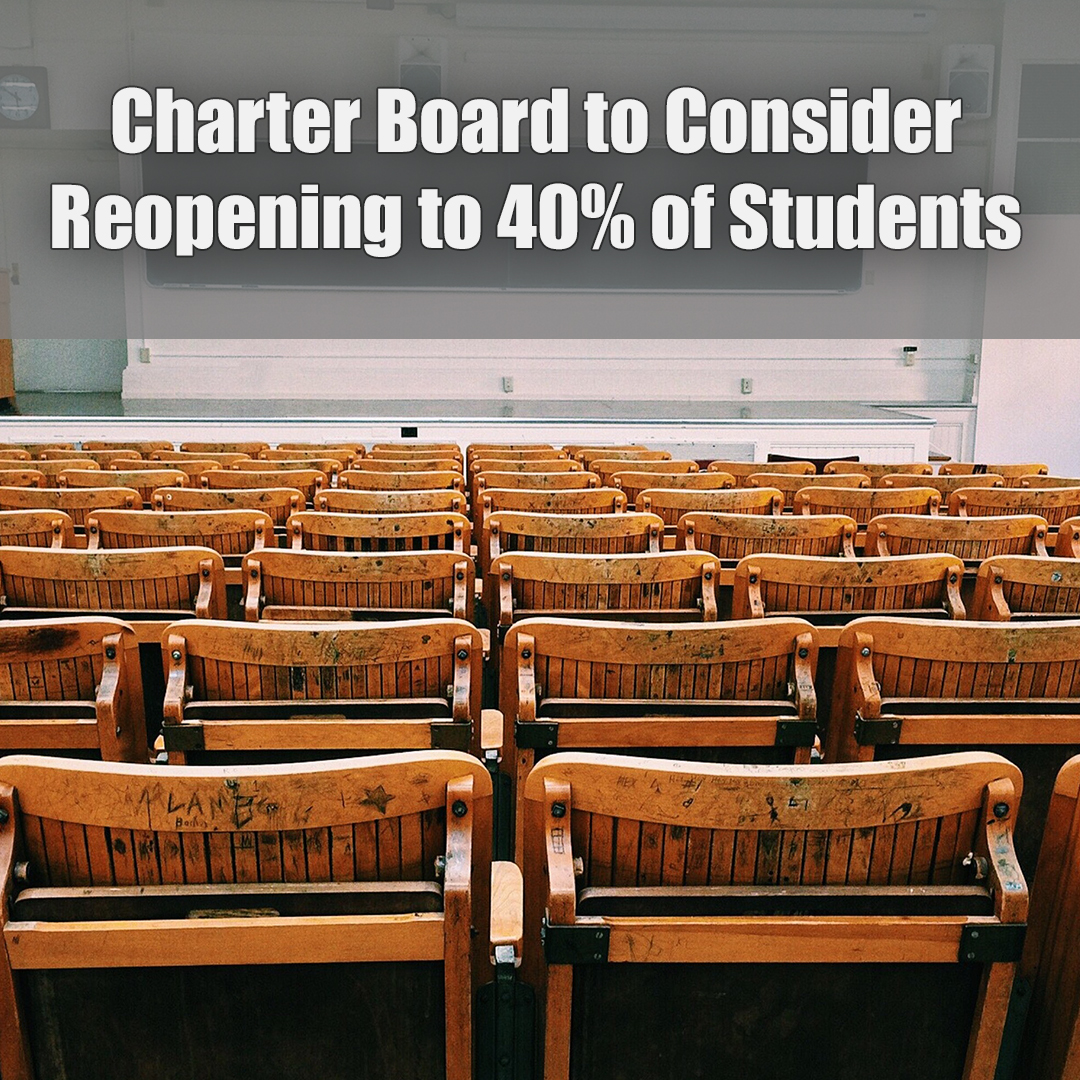 Nevada State Public Charter Authority will bring a recommendation to its board Friday seeking to allow schools in counties with elevated levels of COVID-19 transmission — including Clark County — to bring up to 40 percent of students back to campuses.


The board will consider the recommendation during a virtual meeting at 9 a.m. Friday. Currently, Las Vegas-area schools are allowed to provide in-person instruction to up to 25 percent of students under a distance learning mandate approved in mid-August.


“We are excited to have things open up more,” Somerset Academy lead principal Lee Esplin said in Wednesday email to the Review-Journal.


The recommendation comes at a time when nine Nevada counties, including Clark, are flagged by the state for elevated levels of virus transmission and case rates have been trending upward.


As of Monday, 60 schools sponsored by the charter authority are operating with distance education — although 43 of those are bringing up to 25 percent of their students to campus — and seven are operating under a hybrid model with a mix of in-person and remote instruction, according to meeting materials posted online.


Seven schools in Churchill, Elko and Washoe counties are already holding in-person classes for up to 40 percent of their students because they received an exemption from the charter authority.


Some Las Vegas-area schools started bringing a limited number of students back for in-person classes when the second quarter of the school year started in mid-October.


Schools are largely targeting students in special education, English language learner programs and pivotal grade levels such as kindergarten, first and sixth. Some have half-day sessions, while others are using a cohort system where students rotate which days they come to campus.


Meanwhile, there’s no timeline yet for when more than 307,000 students in the Clark County School District may return to campuses for some in-person classes. The school board is slated to consider a recommendation Nov. 12.


A handful of local charter school leaders told the Review-Journal they’re happy about the possibility of being able to bring more students to campus.


Somerset Academy, which has seven campuses in the Las Vegas Valley and more than 9,700 students, has a board meeting later this month to discuss who to bring back if the charter authority’s 40 percent threshold is approved.


“(Bringing) students back takes planning, changes and finding out who is willing to come back,” Esplin said.


Schools will still have to abide by the governor’s 50 percent capacity directive, Esplin said. “We will work with our families, our board and our staffs to bring students back in the most effective, safe, and efficient way possible.”


At Coral Academy of Science Las Vegas, Executive Director and CEO Ercan Aydogdu said in an email, “we are working diligently with our administrators, teaching staff, and governing board to get more students to the campuses safely and efficiently. This update from the SPCSA board would allow us to bring even more students back to the classroom and provide in-person learning opportunities for our students.”


Mater Academy East Las Vegas — one of three Mater schools in Las Vegas — currently has fewer than 25 percent of its students, about 280, back on campus. Those include students in special education, English language learners, those with Internet connectivity issues, kindergartners and ninth-graders.


It’s going incredibly well, but it’s a hardship for families who have children in other grade levels, Principal Renee Fairless said. She’s also lead principal for Mater Academy of Nevada.


If the 40 percent threshold is approved, the school would reach out to students who have siblings in kindergarten or ninth grades “so that families are not split into two places,” Fairless said. “We then would try to bring in the cohorts for other grade levels.”


The situation with the distance learning mandate is complicated for the Girls Athletic Leadership School (GALS) Las Vegas, which serves about 100 sixth and seventh-graders.


That’s because GALS — which is in its first school year — is housed at the Boys & Girls Clubs of Southern Nevada’s Gaughan Club at UNLV’s campus. The nonprofit’s clubhouses are operating this school year at 75 percent capacity for children ages 6 to 18 from 7 a.m. to 7 p.m. on weekdays.


GALS Executive Director Jennifer McCloskey said the school is working with the charter authority regarding the distance learning situation.


What school officials learned during the first six weeks of school was “our kids had an academic learning gap,” McCloskey said, noting some were testing several grade levels below where they should be.


The school asked teachers — who were working remotely — to come to campus, McCloskey said. “As that has evolved, there’s been a higher interest from our families and our students from wanting to attend in-person.”


Families have the option of having their child attend school 100 percent online or in-person at the Boys & Girls Club. Currently, about 40 children are coming to the club.


Two weeks ago — due to first quarter grades and “identifying the big gap we had” — GALS school officials asked the Boys & Girls Club if they could put teachers back in classrooms. Now, there’s a dual shared supervision, McCloskey said, between teachers and club staff.