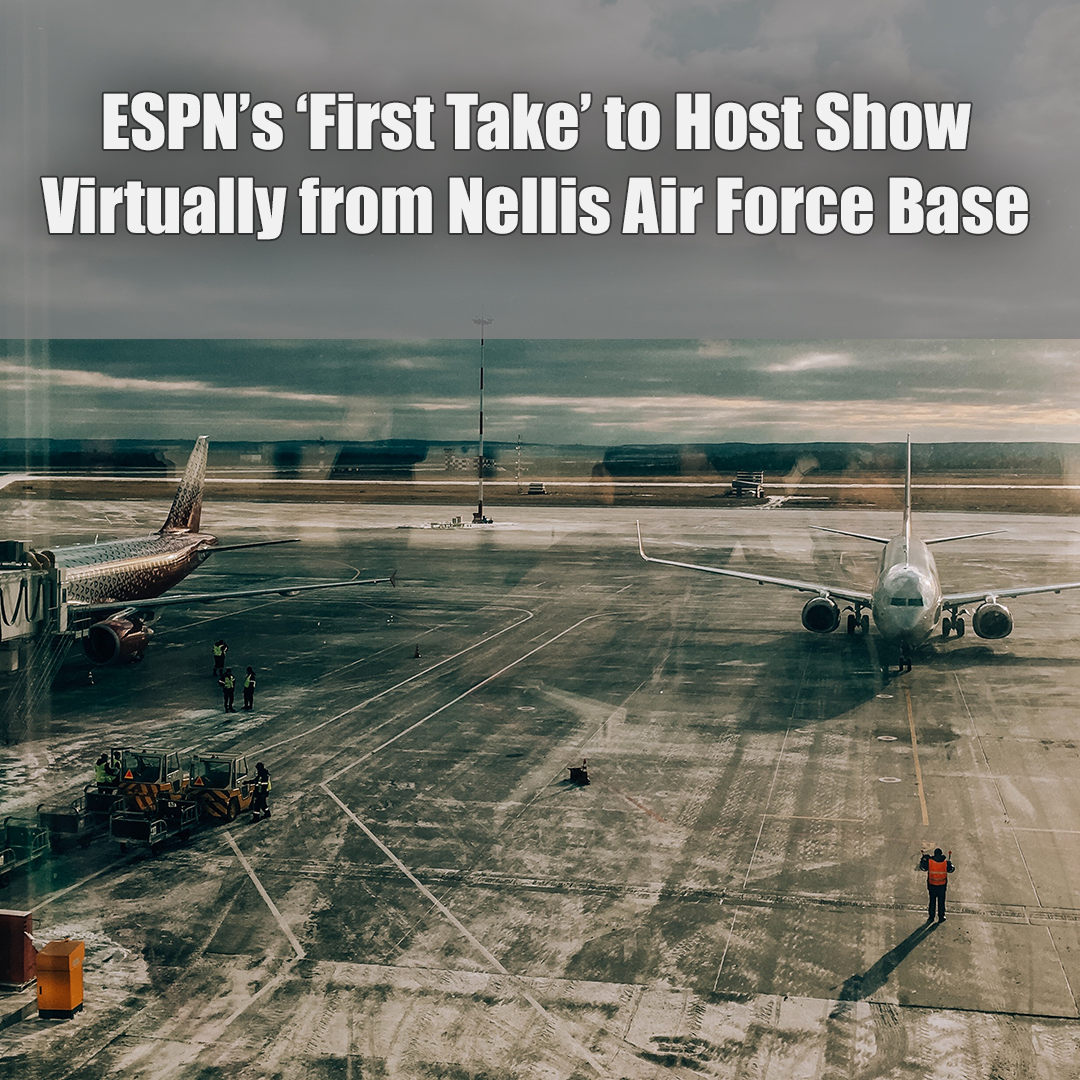 The popular ESPN show “First Take” is set to descend upon Nellis Air Force Base next week as part of its “Salute to Service” programming.


On Nov. 13, the show hosted by Stephen A. Smith, Max Kellerman and Molly Qerim Rose will culminate a week of highlighting the armed forces with Nellis. The show airs weekdays at 7 a.m. on ESPN.


The three main hosts will appear virtually, but ESPN’s Doug Kezirian, who hosts the recently launched “Daily Wager” sports betting show from ESPN’s studio at The Linq Hotel, will appear live from the base with an audience of service members.


“This is a great opportunity for ‘First Take’ to spotlight the military service men and women,” ESPN coordinating producer Antoine Lewis told the Las Vegas Review-Journal. “We’re going to have events from different bases that whole week culminating Friday in Nellis Air Force Base.”


The featured segments will include Nellis service members who might be receiving a promotion or hold a high rank within the Air Force, Lewis said.


“It will be a feel-good moment,” Lewis said. “We’ll also have interactions with the service men and women there doing a ‘Daily Wager’ segment. That’s a Bet It or Forget It segment that centers around a segment they normally do on the ‘Daily Wager’ show and combines it with ‘First Take.’ So we’ll talk about sports topics and get people involved … then we’ll have Stephen A. and Max jump in and be in on the debates as well.”


The show will also feature a day-in-the-life segment, following around a service member to give viewers a glimpse of a typical day at the base. It also will have Nellis members shouting out their favorite teams and hometowns.


“Nellis AFB is honored to represent the USAF during ESPN’s “Veterans Week” by showcasing our Airmen and capabilities to their national audience,” Nellis said in a statement. “The base was chosen due to its unique ability to provide world-class training to joint warfighters to prepare them to compete and win against near-peer adversaries in great power competition.”


Plans also call for highlighting unique military vehicles and technology at each base, including the Thunderbirds, who call Nellis home.


“We’re going to showcase a lot of the aircraft and one of the hangars there,” Lewis said. “All of this is going to be staged inside a hangar. It will be very visual.”


Talks about including Nellis began last year. Initially, the plan was to have all the show’s personalities in attendance, but that changed after the coronavirus pandemic emerged.


“This virtual concept came out of an abundance of caution in the age of COVID,” Lewis said. “We had already talked a year ago about, ‘The Raiders will be in Vegas. It will be an exciting time for Las Vegas. Why don’t we do the show from the Air Force base?’ … Little did we know we would be moving into a virtual mode, but we still thought it was a great idea.”


The show will make stops at four California military bases, including Marine Corps Base Camp Pendleton, the National Training Center at Fort Irwin, Vandenberg Air Force Base and Naval Base San Diego, before ending the week at Nellis.


“We’re going to have a big finish, culminating the whole week with Doug Kezirian there,” Lewis said.