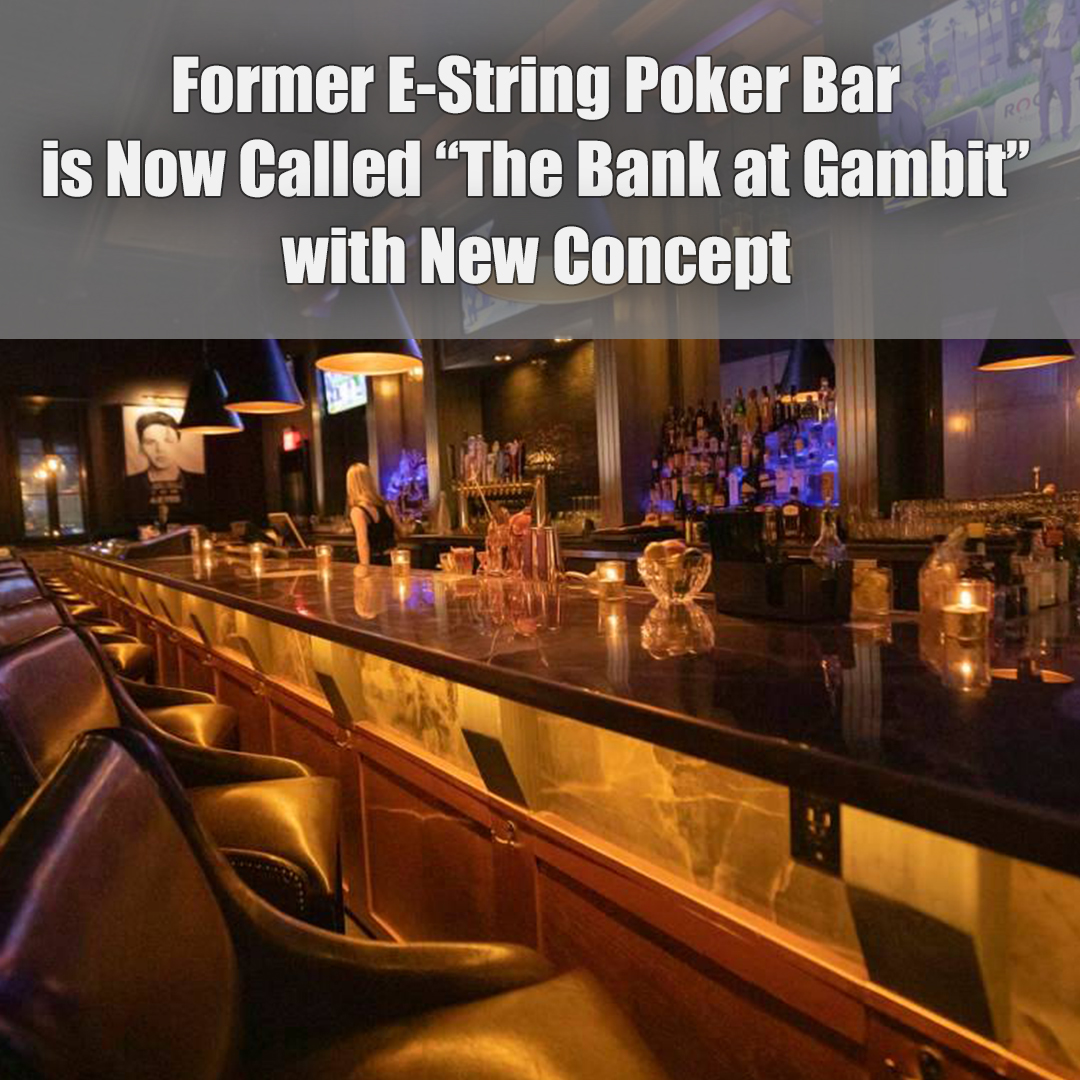 First things first — let’s get the names straight. The new bar at 2031 W. Sunset Road in Henderson, which officially opened this week, is called The Bank at Gambit. The building that houses it, and will soon be home to two other businesses, is called Gambit. And the latter is the result of what some might see as an embarrassing blunder, but which owner and local nightlife veteran Cody Tomboli views as a fortuitous accident.


When Tomboli set out to renovate the old E-String Poker Bar, he wanted a name that would reflect the variety of the three new businesses it would house: a bar, a steakhouse with live jazz and a tequila speakeasy. The phrase he chose, however, was not what he believed it to be.


“The original idea was ‘running the gambit,’ ” Tomboli says, laughing at his mispronunciation of a familiar adage.


“But we got the quote wrong,” he continues. “Because it was gamut.”

After doing a little research on his error, however, Tomboli discovered a Marvel Comics character named Gambit, and decided he still liked the name.


Tomboli, who also owns Bar Code Burger on East Flamingo Road, has definitely learned to roll with things this year.


“We were getting the loan back in March,” explains the entrepreneur, who has owned the building with his father for about five years.


“Then those talks kind of fell off when everything started happening (with COVID). They said we have to wait and see. So we waited and saw.”

What they saw as the COVID crisis played out led them to alter, but not abandon, their plans. Occupancy restrictions on restaurants convinced the owners they shouldn’t open their steakhouse, Gatsby’s, until after they’d established the bar and its patio to accommodate overflow traffic. So they moved forward on The Bank, which takes its name from a faux vault door at the entrance to the walk-in fridge.


In keeping with the New Orleans theme, Tomboli had chef Anthony Santori create a “Southern-inspired” bar menu for The Bank that includes Big Easy staples such as cornbread, shrimp & grits and gumbo. And since that would be the public’s first introduction to the complex, he removed most of the video poker machines.


“We had the 15 machines,” he explains. “But we decided to take it down to six, just so we could have the actual bar space for people who want to go out to a bar, but don’t want to sit with a machine in front of them.”


After trying out the menu for friends and family last weekend, Tomboli alerted the public of The Bank’s official opening Wednesday night. As he prepares for their first official weekend, he’s already looking forward to the opening of the rest of Gambit. Kendall Lewis, son of Chicago jazz legend Ramsey Lewis, has agreed to serve as musical director for Gatsby’s. The team is planning a trip to Guadalajara to choose a signature barrel of tequila for Gambit’s Mexican-themed Speakeasy 33 (named after the area code for Mexico’s tequila region). There’s even talk of a VIP room that will require members to scan their fingerprints for access.

“It’s a complete 180 from what E-String was,” the owner says of the changes. “We were selling $3 IPAs on happy hour. The signature cocktail was a vodka and Red Bull. It was a karaoke crowd.”


He’s hoping to have the entire complex up and running by the end of the year.


“If not now, then we’ll never do it,” says Tomboli, refusing to let COVID kill his dreams.


“It’s gotta get better, right? We’re going to be able to have a normal life again, right? So we decided to not let this hold us back from what we’ve been wanting to do for so long.”