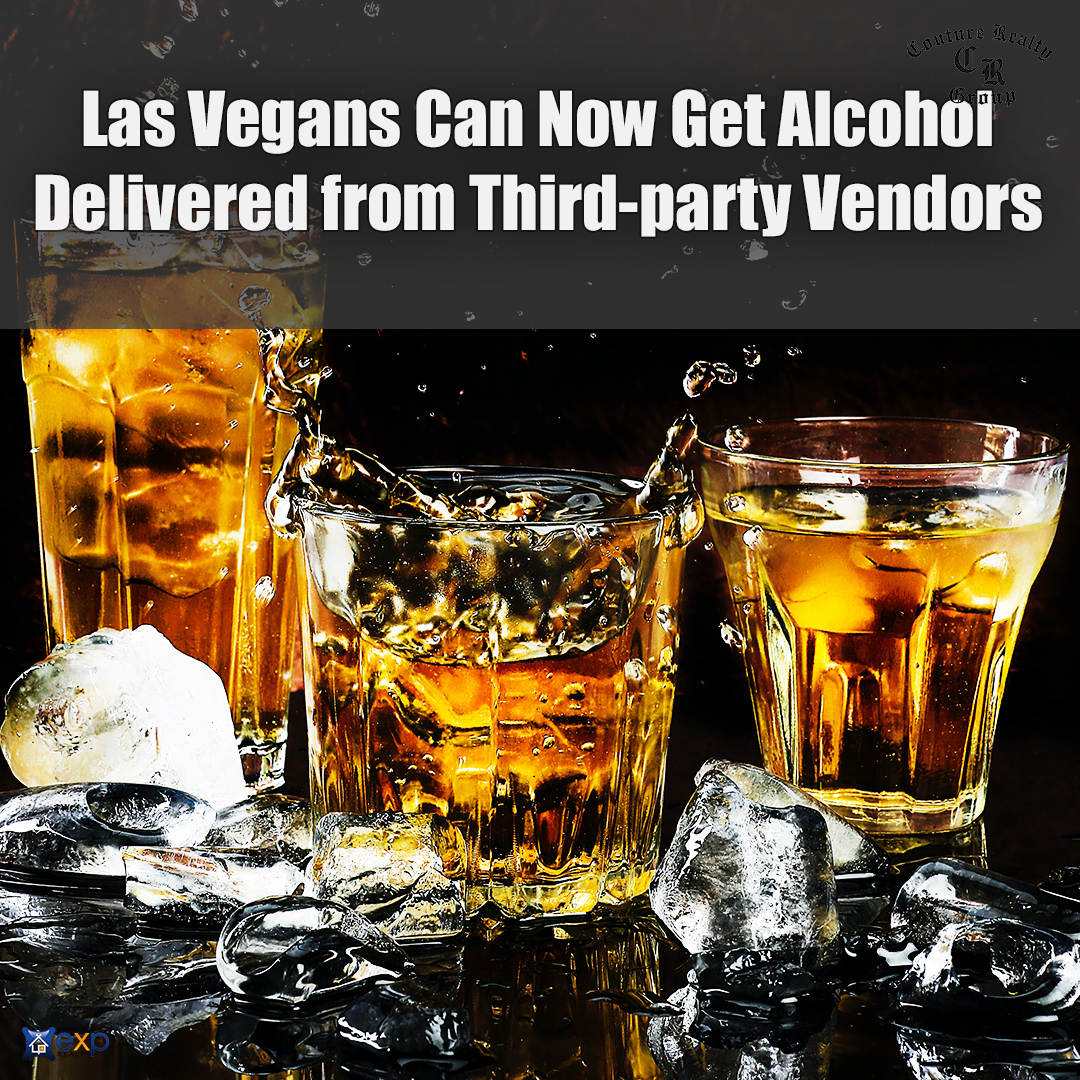 Las Vegas will now allow alcohol delivery to virtually anywhere in the city, and by third-party companies too, in an acknowledgment of how deeply pandemic-era restrictions have cut into business.

City lawmakers on Wednesday passed a bill they say gives a lifeline to hurting businesses by drastically expanding alcohol delivery services. Whereas before, only grocery stores could deliver adult beverages in conjunction with a grocery order, now any business with required licensing can make deliveries throughout Las Vegas except to a gaming establishment, officials said.

The deliveries can be made to residences, including short-term rentals, and to businesses for an office party or otherwise.

“The main crux of it is, somebody at home that wants a 12-pack of beer delivered to their house would be able to do that,” said Councilman Stavros Anthony, who sponsored the bill. “And that person gets the delivery, the business makes a little bit of money, helps them stay afloat.”

Anthony said he had been approached by businesses several months ago with the idea, seeking creative ways to drive revenue as they were forced to limit operations because of statewide public health guidelines meant to curb the spread of the coronavirus.

The city approved emergency rules last year to temporarily allow certain establishments to deliver alcohol, but the new ordinance passed Wednesday is a sign that officials believe the delivery approach has a shelf life beyond the present crisis.

“This particular bill is important because I think it sets a precedent for other jurisdictions to follow,” Councilman Brian Knudsen said.

Alisa Nave-Worth, an attorney with law firm Greenberg Traurig, called alcohol delivery “the future in the current COVID world and going forward” while noting that her client 7-Eleven was supportive.

Anthony said that the new law, which passed unanimously, had overwhelming support from the business community and he had not heard from one restaurant in opposition.

Ryan Saxe, an attorney representing Instacart, Amazon and Shipt, said the companies backed the bill because, as third-party vendors, they will be able to deliver.

“They found that their customers are looking for alcohol to be included in their groceries just to give customers the convenience of not needing to order a grocery delivery and then need to go back out to the grocery store to get their bottle of wine,” Saxe told the council.

Councilwoman Michele Fiore, who initially voted against the bill but later changed her vote to yes, said that the city’s staple liquor establishments were “very uncomfortable” with the bill, and Mayor Carolyn Goodman wanted assurances that restaurants would not suffer from patrons ordering beverages from elsewhere to drink on-site.

In response, city officials said that restaurants police any outside beverages and must provide permission for patrons to consume them, or perhaps could even charge a corkage fee, essentially making the point that people simply cannot randomly bring in alcohol to such an establishment.

While saying she appreciated the flexibility that emergency rules had provided to businesses, Councilwoman Olivia Diaz questioned the public safety risks of cementing broad alcohol delivery into law.

“I’m just trying to think about unintended consequences that sometimes spring up because we adopt something quickly,” she said.

Specifically Diaz wondered aloud who would be held accountable for deliveries and whether underage children might try to obtain alcohol.

The bill requires establishments delivering alcohol to carry two licenses: one to sell alcoholic beverages for off-premises consumption and an ancillary license. Third-party deliverers must possess a new $4,000 delivery license, according to the bill.

Applicants will be required to establish a city-approved delivery policy that outlines several safeguards, including protocols to ensure drivers are at least 21 years old and that drivers undergo background checks and training on the illegality of selling to minors, as well as keeping transaction data.

The licensee is responsible for the conduct and any violation of the drivers that it employs, according to the bill.

Knudsen said he would like to introduce cleanup language to also preclude grocery stores from delivering to nonrestricted gaming establishments, as they are still technically allowed to do.

Crear underscored that the city has not had any issues with alcohol deliveries under its emergency rules, which graduated from an initial permission to allow curbside pickup. And Anthony acknowledged that expanding alcohol deliveries was “a brand new idea.”

“In this particular case, the business community came to me and said, ‘Hey, we need some help. We need to reform some of the ways we do things,’ ” Anthony said. “It could be because of COVID, but we’re going to change the way we do a lot of things for the next 20 years because of this COVID stuff.”