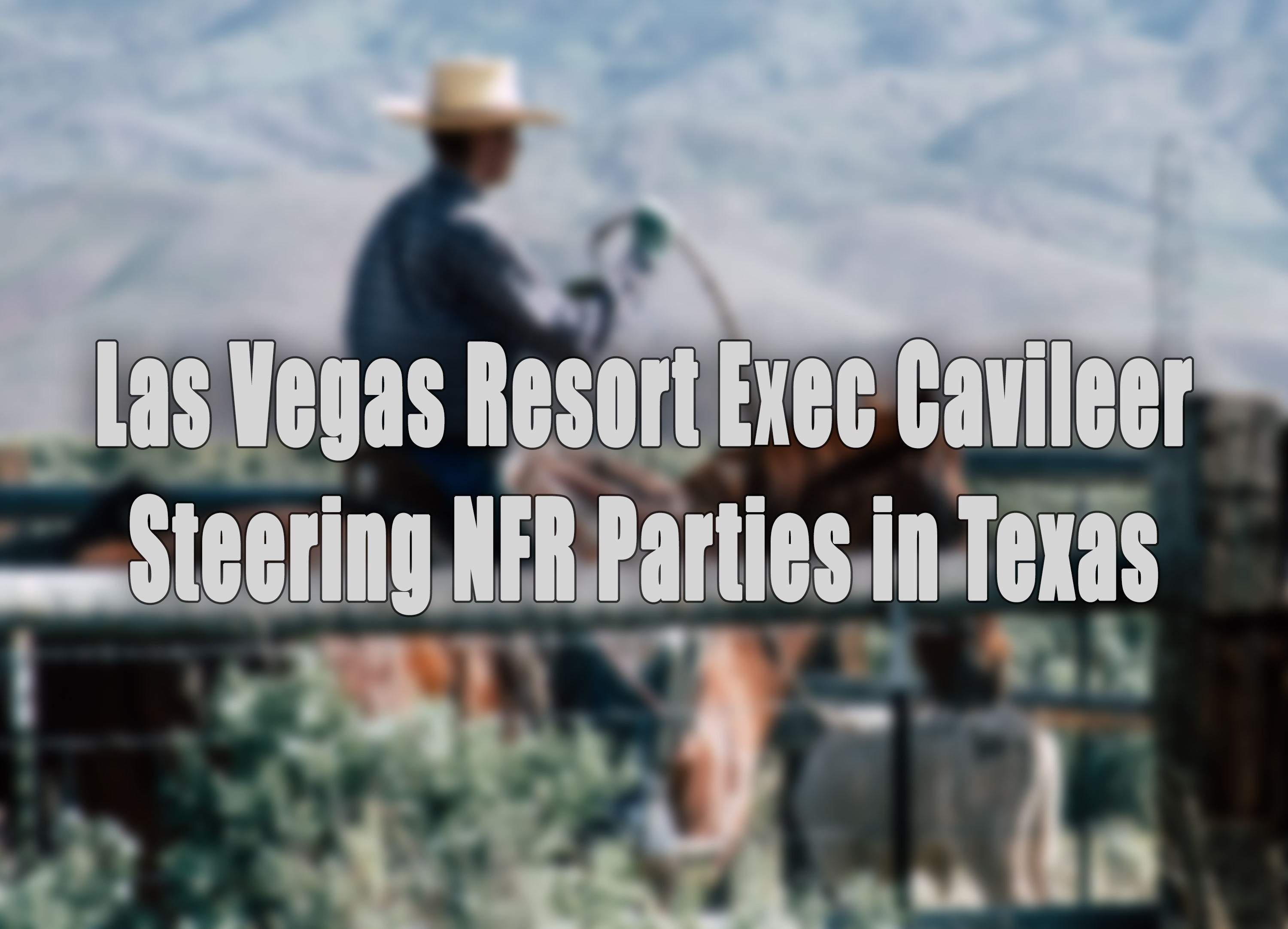 Las Vegas hasn’t been totally shut out of the 2020 National Finals Rodeo. A Vegas resort and real estate executive is riding the range, metaphorically, by staging NFR events in Fort Worth, Texas, this December.

We speak of Silverton Chief Executive Officer Craig Cavileer, who is also CEO of Fort Worth Stockyards National Historic District. The Stockyards are about a 30-minute shuttle drive from the 2020 NFR at Globe Life Field, otherwise known as the Texas Rangers’ home stadium.

The Cavileer-led Stockyards are hosting several events tied to the NFR topped by the nightly gold buckle ceremonies honoring each night’s go-round winners. That raucous, late-night party, a favorite of NFR contestants, fans and officials, has previously been celebrated at the South Point Showroom.

Not this year. The event is now the headlining production at Cowtown Coliseum, drawn down about 50 percent to 1,200 capacity.

The NFR’s one-year relocation is a major victory for the Dallas-Fort Worth region, of course, and for Globe Life Field. Cavileer, for one, sees all sides of the NFR’s relocation for its crowning event.

“It’s a big win for Texas, disappointing for Las Vegas,” said Cavileer, the rare Vegas official present at Wednesday’s PRCA announcement at Globe Life Field. “We will have a great event at the Stockyards and are looking forward to returning 2021 in Las Vegas.”

Cavileer is also senior vice president of Majestic Realty Group, and he has been involved with the Stockyards executive team since 2014. The resort exec has a rich history in arena and stadium development in Las Vegas and was on the original team that brought Raiders owner Mark Davis to the city with the vision of relocating the franchise to our city in a new facility.

Cavileer’s Majestic company dropped out of the Raiders stadium project in early 2017.

“Ever since then I have been concentrating on the Stockyards,” Cavileer said in a phone conversation Wednesday morning. “It’s 120 years old, a real historic district with the Chisholm Trail, and where the real Texas Longhorns originated. It has entertainment, rodeo events, hospitality, a Hyatt hotel. It’s a major undertaking.”

All of this is certain to make Vegas tourism officials cringe as the NFR Experience, the citywide rodeo celebration, takes a year off.

“We’ve been reminded that the NFR actually started in Dallas in 1959 and was there until ’61,” Cavileer said. “So it has come full circle in that way, back to its origins.”

Though trumpeting the 2020 NFR in Texas, Cavileer is bullish (as it were) on Las Vegas. Las Vegas Events has extended its contract with the event at the Thomas & Mack Center for one year, through 2025, as a result of the one-off in Texas.

“It will be back, and so will Las Vegas,” he said. “Las Vegas is still the Entertainment Capital of the World. It owns that title. The loss of the NFR for one year will not take that title away.”