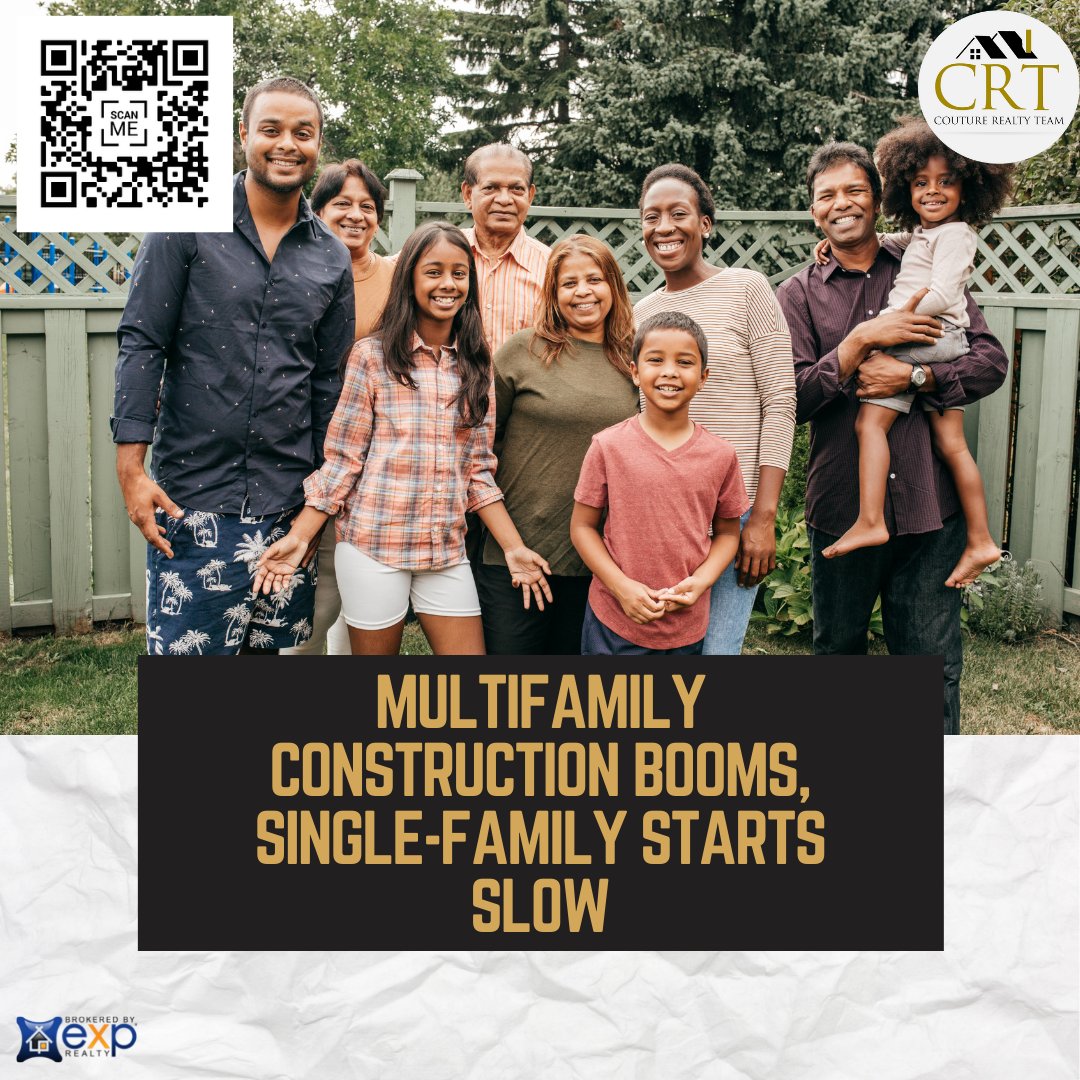 Multifamily units are driving the gains in overall housing starts last month as more apartment projects were initiated. But single-family housing starts fell 2.8% in August to a seasonally adjusted annual rate of 1.076 million units, their second consecutive month of decline, the Commerce Department reported Tuesday. While single-family starts dropped in the West and Midwest, they still rose in the Northeast and South.

“There is certainly a housing shortage, as reflected in the low inventory of homes for sale and in low rental vacancy rates,” said Lawrence Yun, chief economist of the National Association of REALTORS®. “However, a shift toward rental buildings means less access to homeownership over the long run and the accompanying opportunity for wealth gains.”

Rental demand is increasing. The multifamily housing segment is being driven by a demand for rentals as consumers move back to the city and remote workers prepare to return to their offices. Multifamily starts, comprising mostly apartments, climbed 20.65% in August, while multifamily permits, a gauge of future construction, increased by 15.8%.

Demand remains high for newly-built single-family homes, but builders face several challenges, including labor and lot shortages and the rising cost of materials.

“Given the housing shortage and the lack of big increases in the construction of single-family homes, home prices will continue to move higher than most people’s income gains,” Yun says. “That’s good news for property owners, but bad news for those wanting to become homeowners.”

Still, Robert Dietz, chief economist of the National Association of Home Builders, said he is hopeful that new-home inventory will increase over the coming months. Despite this month’s decrease, the number of single-family homes under construction in August—702,000—was the highest since the Great Recession, he said. “While some building materials, like lumber, have seen easing prices, delivery delays and a lack of skilled labor and building lots continue to hold the market back,” he said. But “more inventory is coming for a market that continues to face a housing deficit.”