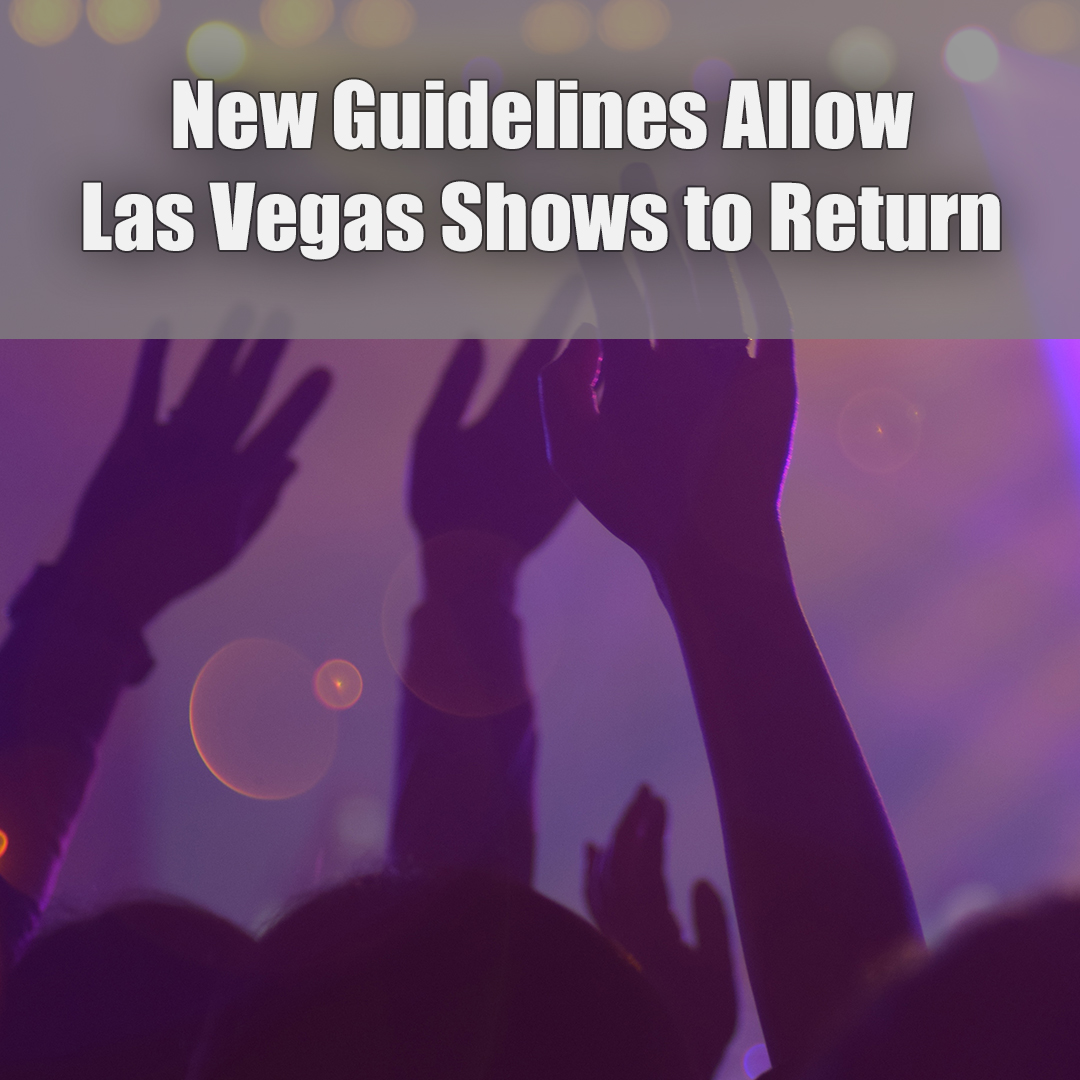 Gov. Steve Sisolak paved the way for a major return of live entertainment in Las Vegas on Tuesday when he raised the capacity for gatherings and released new safety guidelines for public and private events as Nevada continues to come back to life after the March shutdown to fight the spread of the coronavirus.


Showrooms and theaters inside casino resorts and anywhere else around the Las Vegas Valley can resume live entertainment events so long as they submit a safety plan and adjust operations to abide by newly announced protocols that restrict audiences to a maximum of 250 people or 50% of the venue’s capacity, whichever is less. The facility will also need to maintain social distancing of six feet between groups.


Ticketed entertainment can resume as of Thursday, although it’s unlikely Vegas shows will resume right away since safety plans will need to be approved and the cast and crew of each production, skilled professionals who have been away from their craft and theatrical headquarters for months, will need time to prepare.


Hanoch Rossen, creator and director of “WOW – The Vegas Spectacular” at the Rio and “Extravaganza” at Bally’s, said both shows could operate with audiences of 250 but would need a month or two in order to reopen. Bally’s reopened on July 23 but the Rio remains closed.


“We have been in contact with the casts of both shows quite frequently, to keep them informed and ensure that they and their families are safe and healthy,” Rossen said.


Spiegelworld operates three shows at different resorts on the Strip and has already made adjustments to at least one of its venues to prepare for a comeback. The Spiegeltent that houses “Absinthe” at Caesars Palace has been updated with socially distanced cabaret-style seating.


“If our plans meet the requirements stipulated, we will collaborate with our resort partners to reopen each Spiegelworld show in a measured way,” said company founder Ross Mollison. “While we would love to see our shows back onstage, a thoughtful and rigorous reopening strategy ensures the best possible experience for our beloved audiences and artists. We are in contact with all our employees regularly, and I know many are anxious to return to doing the work we all love so much.”


While shows in smaller venues such as Spiegelworld’s “Absinthe,” “Opium” at the Cosmopolitan and “Atomic Saloon Show” at the Venetian were expected to be allowed to return to action sooner than the headlining residencies, concerts and sporting events that attract larger Vegas audiences, today’s announcement created an opportunity for people to attend those big shows as well.


Large venues with a fixed seating capacity of more than 2,500 such as Allegiant Stadium, T-Mobile Arena, Park Theater or the Colosseum at Caesars Palace can petition to expand audiences to 10% of the facility’s capacity with a qualifying safety plan that can only be approved by the state. Those venues would need to establish separate sections limited to 250 attendees, with each section offering its own staff and entrances and exits.


While they are considered the biggest production shows on the Strip, Cirque du Soleil’s six Las Vegas productions are presented in theaters with seating capacities under 2,500. That means epic shows like “O” at Bellagio and “The Beatles LOVE” at the Mirage will need to find a way to operate while selling only 250 tickets per show if they are to resume operations under the current guidelines.


Reduced capacities will present challenges for smaller shows, even as entertainers and producers are relieved and excited about the opportunity to get back to business.


“At 50% capacity it would be quite difficult for the production to make its money back so it would be challenging to open unless we receive some financial support [from] the state or our casino partner, Caesars Entertainment,” said Alex Goude, producer and director of “Xavier Mortimer’s Magical Dream” at Bally’s. “But the bottom line is we are ready to get Xavier back onstage, but we will not do it until we know it is safe for the cast, crew and of course the audience.”


Angela Stabile, producer of three female revues under the “X Burlesque” banner, said her shows will be “ready to go” in two to three weeks, noting that even if a state mandate for live entertainment at gatherings requiring a 25-foot space between performers and audience is enforced in casino showrooms, she will still reopen. “Once we have guidelines, we can make adjustments,” she said. “We will make a way.”


“The 25-foot distance would be an obstacle … since our venue was designed to be close and intimate,” said Jennifer Aleman, director and choreographer of the iconic “Crazy Girls” at the Planet Hollywood Resort, which is set to reopen on October 8. “The capacity … would not be a problem at all. My cast and crew are a well-oiled machine. We would be ready and excited to reopen after one full day of rehearsals assuming nothing has happened to our showroom and dressing room while we have been away.”


David Saxe Productions operates a multitude of shows and manages the Saxe Theater and V Theater inside the Miracle Mile Shops, also at Planet Hollywood. Saxe pointed out that the 25-foot audience setback and the social distancing requirements will make it difficult for most showroom venues to reach the 50 percent capacity limit, further complicating the sustainability of Vegas shows under the new guidelines.


“I’ve spoken with other show producers and venue owners in Las Vegas and most just want to get our talented performers and employees back to work, for their well-being. We know we will lose money, open ourselves up to frivolous litigation, and have to endure criticism from all the haters out there, but we really want to help,” Saxe said. “No matter what, when we do open up again, the safety measures we put in place will far exceed what is required and we will implement them with a flair befitting the Vegas entertainment industry.”