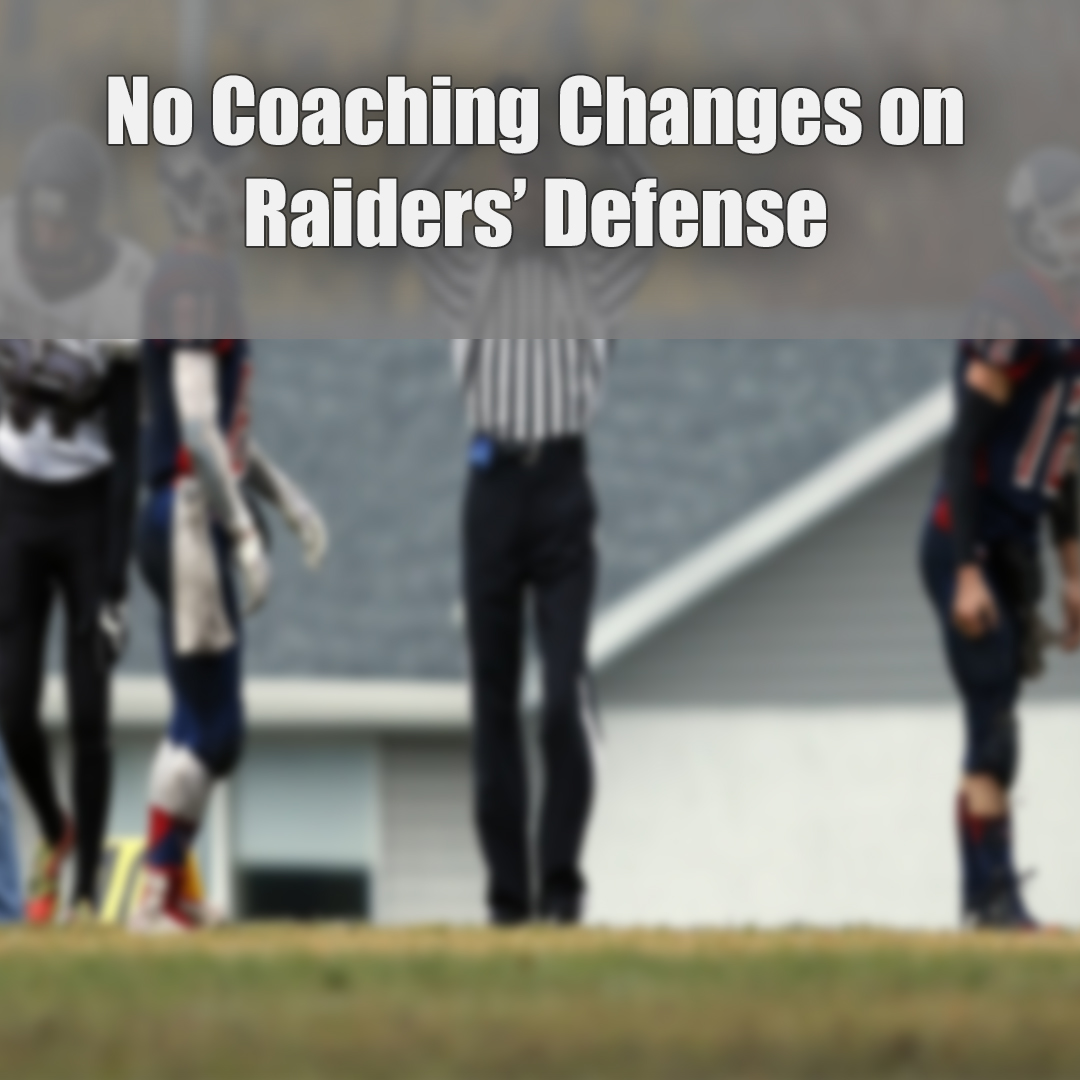 While Jon Gruden keeps hinting that defensive changes are looming for the Raiders, making a coaching change is not among the adjustments being considered.


For now, that means defensive coordinator Paul Guenther will get more time to try to get the Raiders’ defense straightened out.


“We’re gonna stick together, bond together,” said Gruden. “We’re gonna make some changes in the lineup, possibly, and in the scheme we use, and we’re hoping we change the results that we’re getting.”


The Raiders run a 4-3 defensive scheme, and it’s doubtful they would make any drastic changes to that alignment. They don’t appear to have the necessary personnel to make a switch to a 3-4 scheme, which requires rangy, upright outside linebackers who can attack off the edge.


However, they can make some philosophical changes in how Guenther calls games and how and when he opts to create pressure from the second and third levels of the defense.


That won’t be an easy task. The Raiders rank near the bottom in the NFL in points allowed per game (32.8) and are 30th in sacks with seven. The Raiders have accumulated the fourth-fewest quarterback hits at 26 and their 3.1 percent sack rate ranks fifth-worst.


As far as changing things up in how the Raiders attack the quarterback, they seem either hesitant or philosophically opposed to blitzing. Their 15.5 percent blitz average is fifth-lowest in the NFL.


As a result of the lack of pressure, the 283.8 yards passing the Raiders are surrendering per game is the fifth-most in the NFL, and the three interceptions they’ve registered is the ninth-fewest.


Gruden understands something needs to change, but for now, that will not involve making a switch at defensive coordinator.


Upon emerging from a half-day of meetings intended to get to the bottom of the defensive woes, Gruden said that everything is being considered as they go about trying to make things more uncomfortable for opposing quarterbacks.


“We’re gonna try to get the best four out there that we can, number one,” said Gruden of his down linemen. “Whether it involves more blitzing, who goes inside, who goes outside. Who’s on the left side, who’s on the right side. What stunts we call, what blitzes we call. Everything is on the table.”


Also under consideration is how the Raiders utilize their secondary.


“We gotta look at the coverages that we’re playing, that’s what we’ve been doing,” Gruden said. “Perhaps we need to change a few things to fit the strengths of our people. Maybe we can do a better job of that.”


With the Cleveland Browns up next for the Raiders on Sunday, Gruden said the objective over the next six days is making sure the defense is up to the challenge.


“We’re gonna play better on defense,” Gruden said. “I’m determined to make sure we prove that this week.”