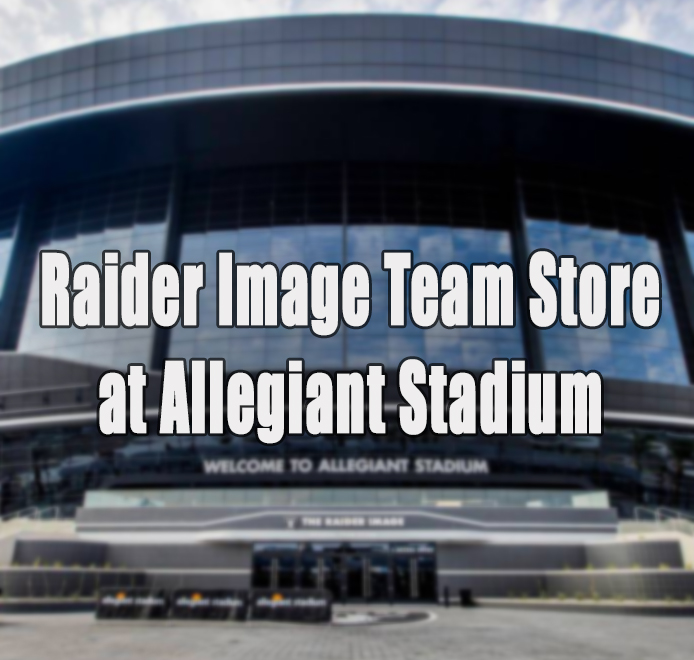 Raiders fans will finally be able to enter Allegiant Stadium starting Wednesday — not for a game, but to shop for team gear.


The Raider Image official team store will open to the public at 11 a.m. Wednesday ahead of the team’s inaugural game at the $2 billion stadium Monday.


The 18,500-square-foot store located at the north entrance of the stadium will be open from 11 a.m. to 7 p.m. seven days a week, but won’t be open on Raiders home game days.


“It’s the center of all things merchandise for Raiders fans out there, inside of Allegiant Stadium,” said Barry DeVilbiss, vice president of merchandising for the Raiders. “It has product for game day … has product to wear to work, it’s got everything in here.”


Aside from the droves of Raiders items — including key chains, hats, jerseys and other knickknacks — the idea was to make the store more of an experience.


The entrance leads to a large outline of the Raiders’ shield logo, with the pirate not included, making for an ideal photo opportunity for fans.


“Really, our intent was to build a unique space that incorporated great products along with some things you could experience,” DeVilbiss said. “So that if you came back to the store you’d feel like ‘I haven’t seen that, I’m going to go check that out.’ ”


The centerpiece of the store is three robotic figures running in place wearing Raiders uniforms that definitely draw attention to themselves.


“We actually saw them a few years ago in running stores in Europe and we thought it was a very cool idea,” DeVilbiss said. “We’ve been saving this idea for when we open this space.”


The store at Allegiant Stadium marks the eighth Raider Image in the Las Vegas Valley, though the seventh, located in the Raiders’ Henderson headquarters and practice facility, is not yet open to the public. The Raider Image kiosk at McCarran International Airport also has yet to reopen after being shut down amid the COVID-19 pandemic.


In a nod to the past, Raiders legends’ jerseys are for sale in the store and a mini Raiders hall of fame is located in the southwest corner of the outlet.


“It’s just so important, our history and celebrating the fact that we had great players is something we really strive to do along with the hall of fame wall that represents all the great Raiders that are now in the (Pro Football) Hall of Fame,” DeVilbiss said.


Items at all price points are available, with key chains starting at under $10 and a helmet covered in Swarovski crystals tagged at $12,500.


Fans can also use the two jersey-customization kiosks to design a jersey with a preferred number and name on the back that will be made for them in-store during their visit.


“As you move into the season, it’s pretty normal to see jersey sales spike and we’re seeing that. We have a lot of great young players,” DeVilbiss said. “Anything that says Las Vegas Raiders is huge right now. We had one hat that came out at the (NFL) draft that says 2020, it was our inaugural cap. We sold well over 10,000 units of that cap since we’ve been in market with it.”