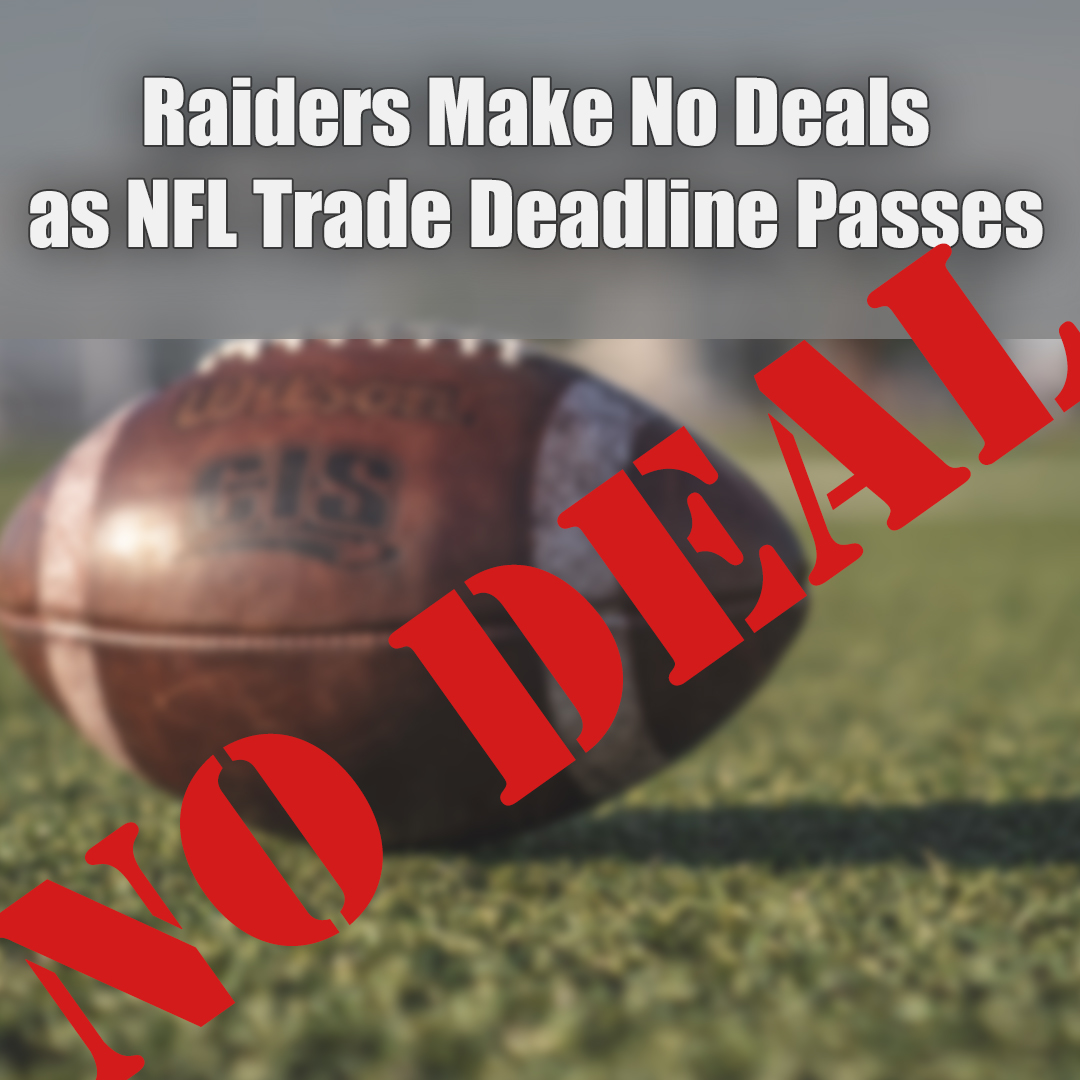 The Raiders stood on the sideline as the NFL trade deadline passed Tuesday.


People close to the team indicated there were discussions about players who were potentially available, but between the asking prices of potential targets and available cap space, the Raiders decided to keep their roster intact.


“We have to look at it realistically,” coach Jon Gruden said last week. “I’m not going to get into our position. That’s really for (general manager) Mike Mayock and I and our organization to talk about. We’re always looking for ways to get better.”


The Raiders, 4-3 with a favorable second-half schedule, are squarely in the playoff picture. It’s still possible they could make moves to improve the roster.


Several veteran players who were potentially available on the trade market are expected to be released this week. Those players must clear waivers before becoming free agents.

Raiders right tackle Trent Brown is back in Las Vegas after spending Sunday night in a Cleveland hospital.


The NFL Players Association has launched an investigation into a reported IV mishap that forced him to miss Sunday’s win over the Browns. He didn’t fly home with the team.


The 27-year-old Brown, who missed the previous game after testing positive for COVID-19, was active on social media Tuesday.


He had praise for third-stringer Brandon Parker, who filled in admirably at right tackle Sunday after backup Sam Young injured his knee in the first half.


Gruden had the same opinion Monday.


“Brandon did a good job, not only filling in for Trent but for filling in for Sam Young,” Gruden said. “He allowed us to do some things offensively. He earned a game ball.”


Green, 25, was a sixth-round pick of the Colts in 2019 out of Mississippi State. He has been a member of the practice squad for the Colts, Patriots and Washington Football Team, but hasn’t played in a regular-season game.


Defensive end Breeland Speaks was released from the practice squad in a corresponding move.


Speaks was signed in early October after the Chiefs released him before the season. The 2018 second-round pick missed all of 2019 while on injured reserve.