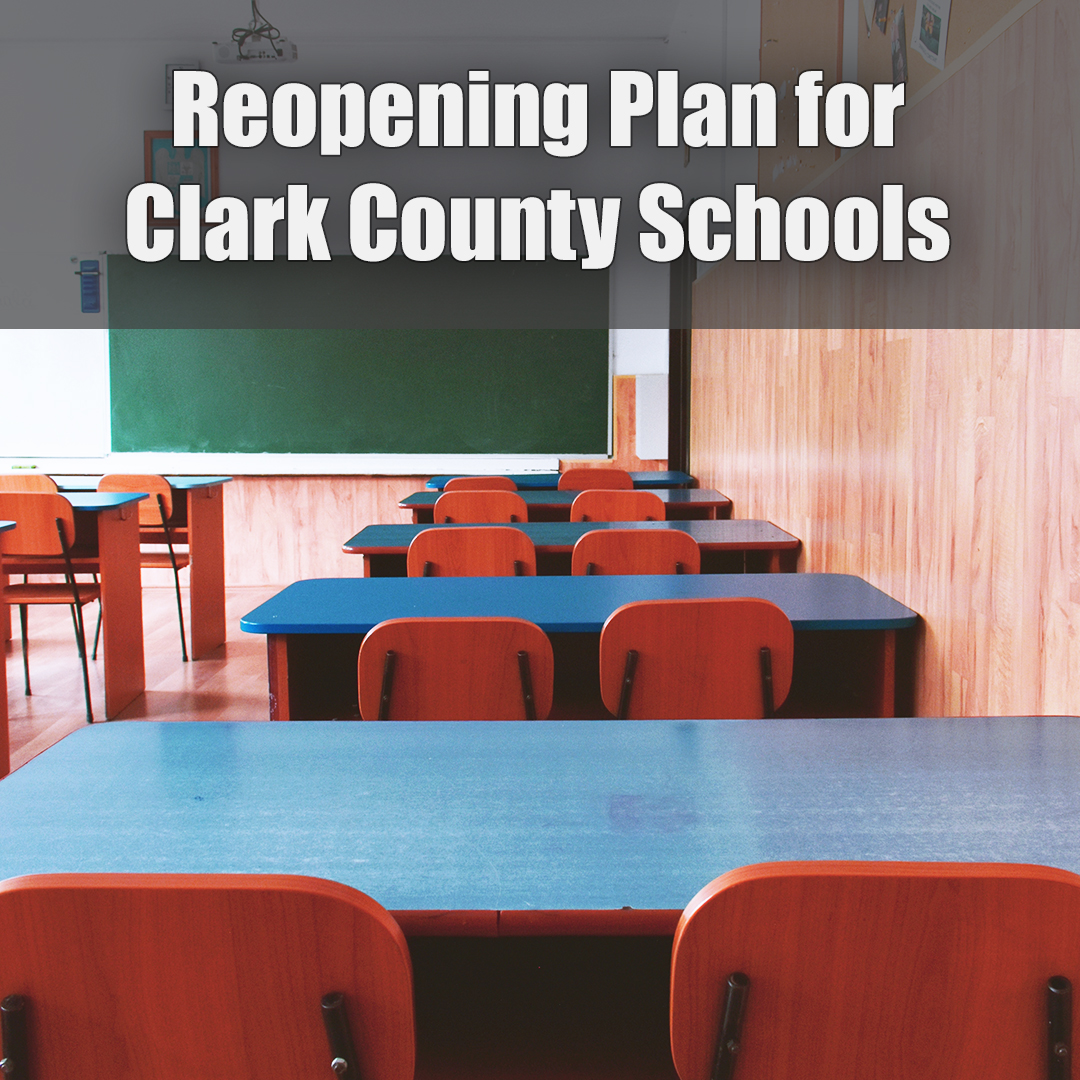 The Clark County School Board on Thursday will consider a plan to reopen schools that has been dramatically scaled back since it was presented to the public in November by district officials.

The recommendation to be voted on Thursday only calls for small groups of students to return to campuses for “voluntary academic and socio-emotional intervention” and does not set a timetable for the limited return, according to documents posted ahead of the meeting.

Plans for each school would be developed by principals and approved by region superintendents, and bus transportation would not be provided.

The plan before the board was originally presented as the first step in a transition to hybrid learning that would gradually be expanded to full grade levels, and then older students.

It was not immediately clear why the board was considering a vote on one step rather than the full hybrid plan.

A presentation prepared for the board and attached to the meeting agenda suggests it was shaped by the combined factors of Nevada’s high rates of COVID-19 cases, the ongoing effects of isolation on mental health as well as students’ academic challenges with distance learning. There’s no indication whether the district would continue to transition additional grades and special education students to the hybrid instructional model as outlined in the original plan presented to the board in November.

The new recommendation does not specify which grade levels would be affected, which could be part of a board discussion, said a district representative. The district did not comment on whether or when the rest of the hybrid plan would come before the board.

Also on the agenda for the board’s Thursday meeting is a Memorandum of Agreement between the district and the teachers’ union that specifies that only kindergarten through third-grade teachers would return under an initial hybrid learning offering.

But the district spokesman said the plan outlined in the memorandum for rolling out a hybrid education scheme with both distance learning and classroom instruction would come before the board for a vote at a future meeting.

That appeared to contradict a statement from a Clark County Education Association representative, who said the recommendation before the board only concerns pre-kindergarten to third-grade classes at this time.

Bradley Marianno, a professor of education policy at UNLV who has tracked reopening plans at districts nationwide, said the small group recommendation represents an important first step to reopening — one that Clark County is taking later than other large districts.

“We’re not the first to navigate this path, and often it begins with this step,” he said.

The presentation’s findings on the impacts on academics and mental health are in line with local anecdotal and national reports, Marianno added. He said he’d like to see the district consider providing transportation to students interested in the on-campus interventions, as it’s likely that many of those who are struggling most with distance learning don’t have a parent available to drive them to and from school buildings.

Though rising COVID-19 case rates have slowed reopening plans, Marianno said he’s optimistic that CCSD students in all grades will have the option to do hybrid instruction before the year’s end, as peer districts like Miami-Dade, Chicago and New York City continue to move forward with their own plans.

“Clark County is going to have to take that leap at some point,” he said.