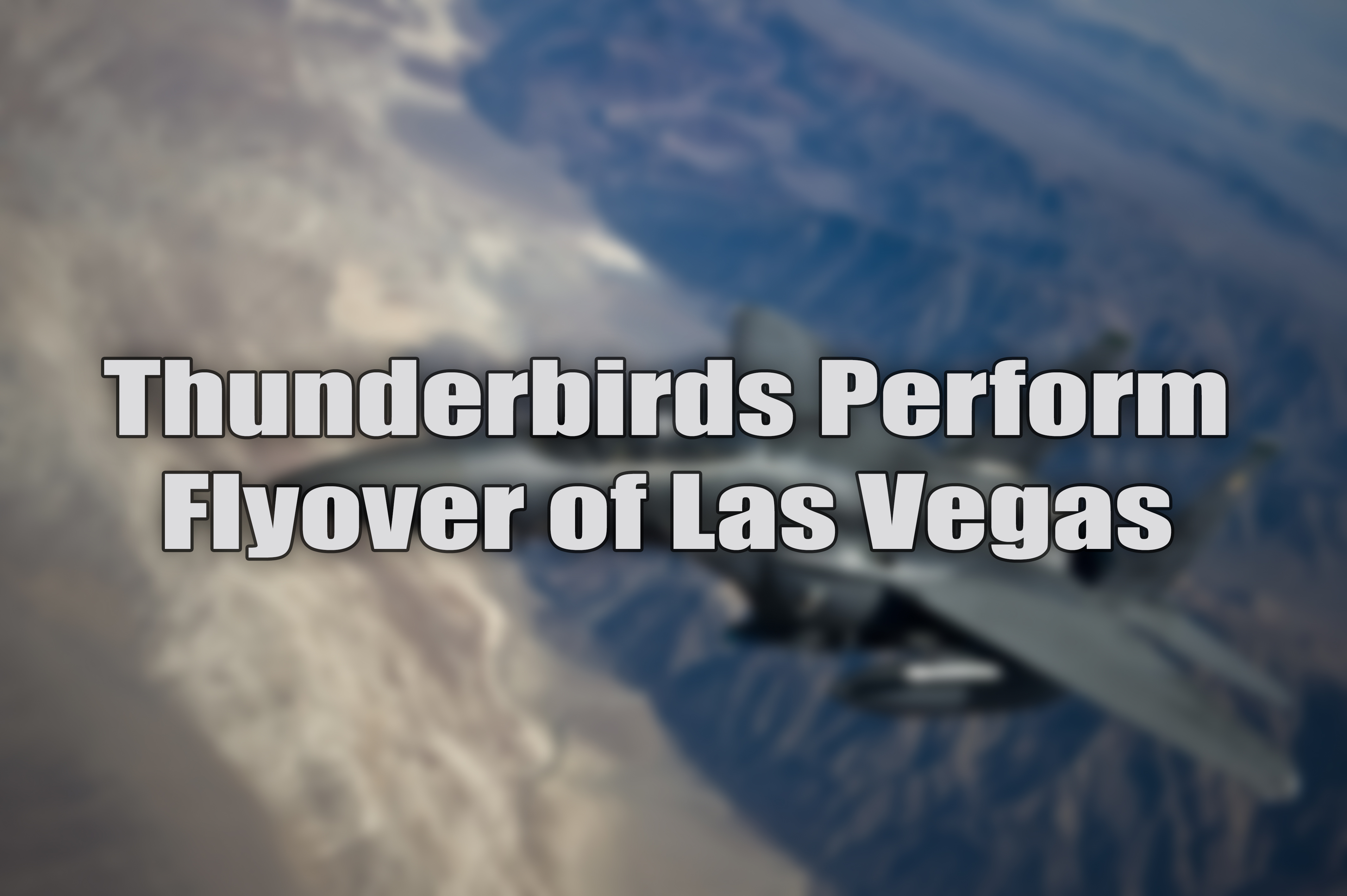 The Thunderbirds air demonstration squadron performed a flyover of Las Vegas as they return to Nellis Air Force Base on Monday, August 31.


The flyover started shortly after 1:10 p.m. over Downtown Summerlin as they return from the New York Air Show, the U.S. Air Force has announced, delayed from the original plan of starting at noon.


Monday's flyover was expected to be the first in a series moving forward. The Air Force says in a statement that the Thunderbirds are integrating flyovers to showcase their support for the Las Vegas community.


"We’re excited and honored to incorporate a flyover of Las Vegas into our flying operations," said Lt. Col. John Caldwell, Thunderbirds commander and leader. "This route change allows us to provide a visual display of our appreciation, commitment and support to our hometown on a routine basis."


Their flyover route on Aug. 31 took about three and a half minutes, leading them from Downtown Summerlin past Ikea, then turning as they pass South Point Casino and head down the Las Vegas Strip towards Nellis.


A flyover will typically take place on Mondays between 11 a.m. and 2 p.m. when the squadron returns from an air show or other event outside the valley.


Arrival routes are coordinated with McCarran International Airport, and future routes will depend on air traffic, weather and other operational requirements, according to the Air Force.