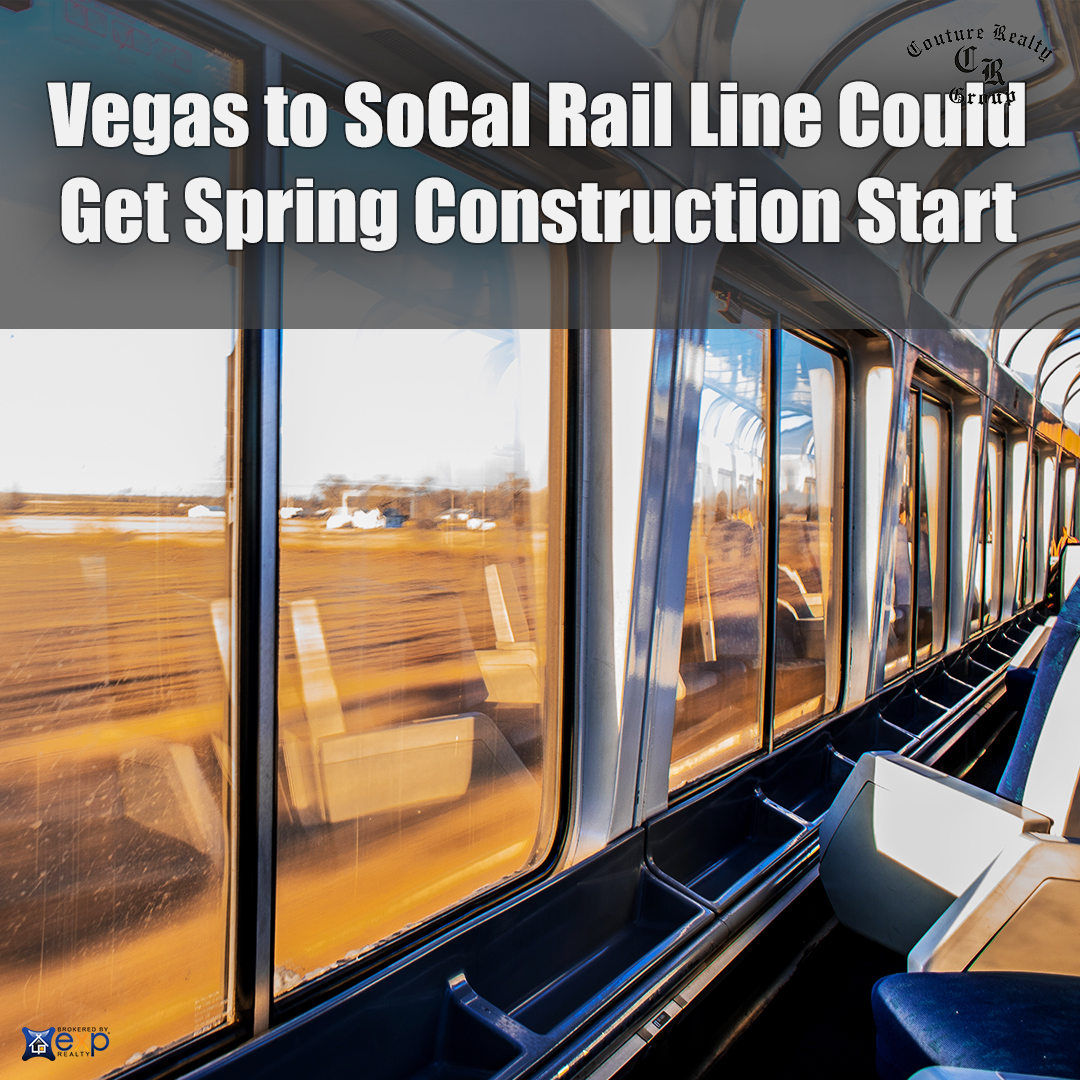 After missing its planned 2020 construction start date, the company behind the high-speed rail project between Las Vegas and Southern California is hopeful work could begin this year.

Brightline West plans to begin construction on the approximately 170-mile rail line between Southern Nevada and Victorville, California, as early as the spring, according to a project status update filed Jan. 4 with the Nevada High-Speed Rail Authority.

“The purpose of this letter is to provide a status update on the project, which is on target to commence construction in early Q2 2021,” Sarah Watterson, president of Brightline West, said in the letter.

Watterson notes the company is updating its funding plan for the project, which includes relaunching the bond sale of private activity bonds that the project could again receive from Nevada, California and the U.S.

Late last year, Brightline postponed a $2.4 billion bond sale that would have generated the financing for the initial portion of tracks and stations of the long-talked about $8 billion project. The company blamed the delay on market instability due to the ongoing COVID-19 pandemic.

“By the time we were prepared to go to market in the fourth quarter, however, election uncertainty, the lack of approval of a Covid-19 vaccine, and lack of liquidity in the market did not allow us to price the bonds to provide long-term stability for the company,” Watterson said in the letter.

After Brightline canceled the bond sale, both California and Nevada repurposed the private activity bonds approved for the project — $200 million in Nevada and $600 million in California — to go toward affordable housing in each state. Brightline would have been able to market those tax exempt bonds for up to four times their amount, per Internal Revenue Service guidelines.

Although the coronavirus vaccine is still not widely available across the county, Watterson said stakeholders have expressed support for a new allocation of private activity bonds in 2021. She also noted the success of a recent transaction with its sister company in Florida.

“In December 2020, Brightline Florida completed a successful issuance of $950,000,000 in tax-exempt bonds that reflects improving market conditions and strong interest in private intercity passenger rail projects as we head into 2021,” Watterson noted.

Terry Reynolds, director of the Nevada Department of Business and Industry, said there have been no discussions between the state and Brightline regarding the timing of reissuing private activity bonds. Mark DeSio, spokesman for California Treasurer Fiona Ma’s office, also said no talks have been had with Brightline this year regarding the potential reallocation of bonds.

With the 81st session of the Nevada Legislature occurring Feb. 1 through June 1, the state will have limited time to work on Brightline’s bond matter, making it likely a decision wouldn’t come down until later in the year, Reynolds said.

“We would most likely be looking at a time frame around the third quarter of 2021,” he said.

Brightline spokesman Ben Porritt said the company continues to make progress on expanding its plans, looking to connect into Los Angeles County and is keeping officials in both states updated on developments.

“We appreciate the tremendous support from Nevada and California and are actively engaging officials in both states on our financing and construction plans,” Porritt said.

In addition to the planned Las Vegas to Victorville track, Brightline is also working on potential links to Rancho Cucamonga and Palmdale, California, where riders could then link to downtown Los Angeles via Metrolink.

“Such projects would increase passenger rail connectivity and deliver additional safety, economic, and environmental benefits for the region,” Watterson wrote.